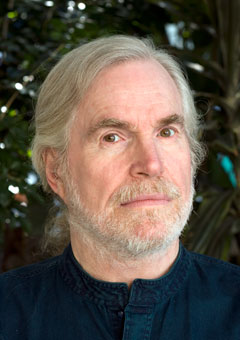 Edward Hower has published nine novels, two books of stories, and, most recently, What Can You Do: Personal Essays and Travel Writing. His work has appeared in The Atlantic Monthly, The New York Times, Smithsonian, American Scholar, and elsewhere. He has been awarded a fellowship from the National Endowment for the Arts and two Fulbright grants to India.

After Hower graduated from Cornell University in 1963, he lived in East Africa for three years, where he taught high school, sang in local nightclubs, and wrote his first novel, The New Life Hotel. Later, he earned a masters degree in Anthropology from the University of California, doing field work among Los Angeles street gangs.

Like many writers, he has held a variety of jobs: a salesman, a counselor at girls' reformatory (the subject of his second novel, Wolf Tickets), and a general of the Egyptian army (a non-singing role he performed in the New York City Opera Company production of Handel's Julius Caesar).

More recently, he has taught at several American universities and has given writing workshops in Tobago, Greece, Sri Lanka, Britain, Nepal, and Key West, Florida. Many of these classes he has co-taught with his wife, the novelist Alison Lurie. He has lived in Ithaca, New York since 1975, and has two grown children, Dan and Lana.